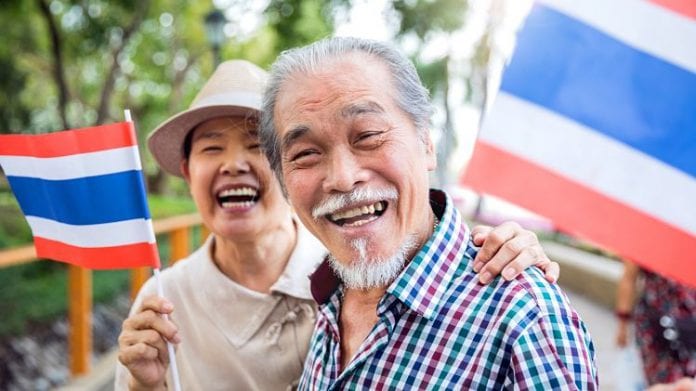 Thailand aims to create a new retirement program to support an aging population that will add about 1 million new retirees annually starting in 2023.

Prime Minister Prayuth Chan-Ocha wants to ensure that Thais can receive income upon retirement, government spokeswoman Rachada Dhnadirek said Tuesday, after the cabinet approved in principle a new national retirement plan. The program will be mandatory for all employees who aren’t participating in other retirement plans, she said.

Thailand’s official retirement age is 60 at government agencies and many companies.

Under the new retirement program, both employers and employees will contribute, with minimum inputs ranging from 3%-10% of salaries depending on employment tenure. The plan, which still needs parliamentary approval, is the latest initiative by the government to prepare for an aging society.

Earlier this month, the government delayed a plan that would extend the retirement age by three years for government employees due to budget constraints and the current focus on vulnerable workers affected by the COVID-19 pandemic.

Last year, the government forecast that the country’s population will peak in 2028 at 67.2 million, with the number to decline to 65.4 million by 2040.