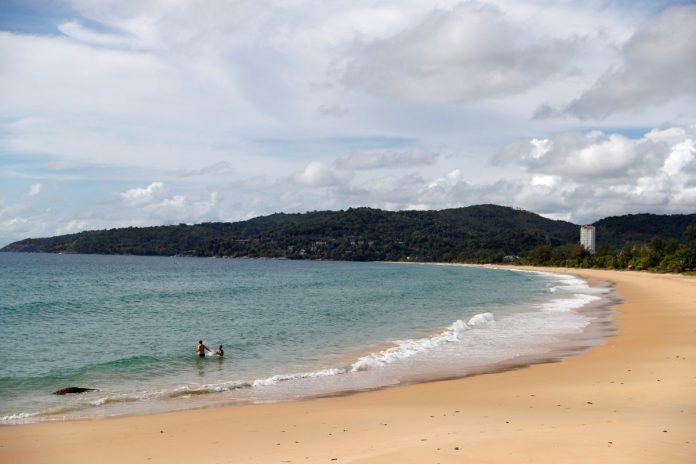 (Reuters) – Thailand is investigating the death of a 57-year-old Swiss tourist after her body was found near a waterfall on the resort island of Phuket, with signs she had died of unnatural causes, officials said on Friday.

The woman was visiting under the “Phuket Sandbox” scheme, a pilot project to allow in vaccinated foreign tourists to help revive a sector decimated by the COVID-19 pandemic, Phuket governor Narong Woonciew said, adding that she had arrived on the island on July 13.

The woman appeared to have been dead for three days before her body was found, partially unclothed, said Kitirath Phanpetch, commander of Region 8 police that oversees Phuket, in an interview on MCOT television.

Although police have not yet determined the cause of death, Foreign Ministry spokesman Tanee Sangrat expressed condolences to the Swiss Embassy in Bangkok in a statement that described the case as a “murder”.

Thailand’s Phuket tourism scheme, in which vaccinated visitors can skip COVID-19 quarantine but have to remain on the island for 14 days, has faced a difficult start particularly as the rest of Thailand faces a surge in coronavirus infections.

The scheme attracted about 15,000 visitors in July, its first month, just 1% of pre-pandemic arrivals

“After finishing the terms of the sandbox, she travelled to (the nearby island of) Krabi and returned,” Kitirath said.

She stayed at a hotel in Phuket that was about two km (1.24 miles) from a waterfall where she was later found.

The body was found with swelling and bruises, Kitirath said, adding that results of an autopsy would be ready later on Friday.

“There was a black cloth covering the body, which suggests somebody placed it there and that the cause of death was unnatural,” he said.

Kitirath said police were investigating people with criminal records and also migrant workers for possible involvement in the death.