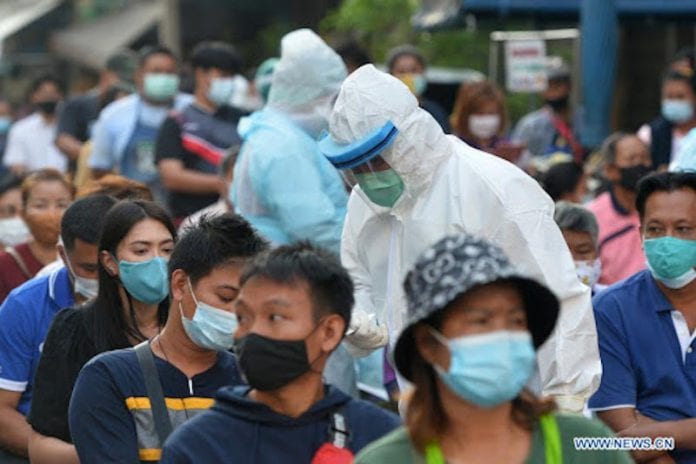 The new cases raised the country’s total case tally to 232,647, with more than 85 percent of these infections reported since early April when the third wave of outbreak began, according to the Center for the COVID-19 Situation Administration (CCSA).

The country’s daily case tally has stayed above 3,000 for eight consecutive days. The capital Bangkok still topped the list, with 1,359 new cases reported during the last 24 hours, and local health authorities there were dealing with 99 active clusters.

With strained hospital bed capacity and medical personnel, some doctors were proposing for a seven-day lockdown being imposed in Bangkok to contain the spread of COVID-19. However, CCSA spokesperson Taweesin Visanuyothin said that the lockdown measure has its pros and cons and must be considered carefully.

The 31 additional fatalities reported Thursday added the country’s death toll to 1,775, according to the CCSA.

As of Wednesday, Thailand had administered more than 8.4 million doses of vaccine since it launched the national inoculation program on Feb. 28. It aims to vaccinate about 70 percent of its people by the end of the year.