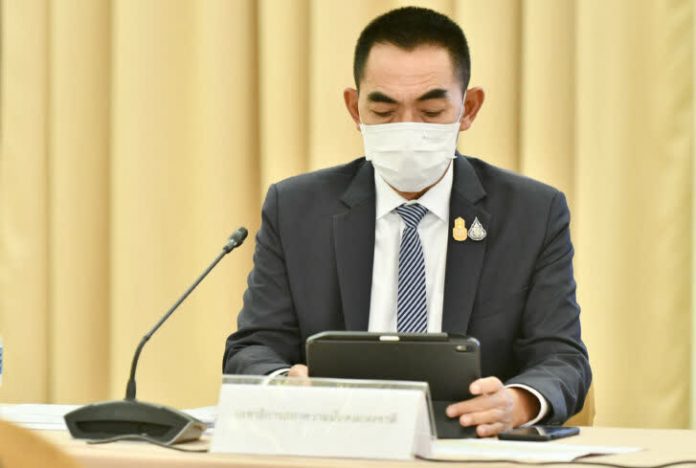 According to the Center for COVID-19 Situation Administration (CCSA), the list of eligible low-risk countries for the tourism program could be revised amid intensifying disease screening measures.

Gen Supoj Malaniyom, chief of the CCSA’s operations base, said the center will identify high-risk nations and hold a meeting on Friday to determine the extent to which the country list and the scheme itself may need to be revised. The entry program may even be suspended entirely if the risk of further infections is deemed too high.

His comments followed an announcement by the Ministry of Public Health stating that it would back such a suspension while requiring even fully vaccinated tourists to visit under sandbox and state quarantine conditions.

The “Test & Go” program, launched in November, applies to fully vaccinated travelers from certain countries as part of the nation’s economic recovery efforts.

The proposal was forwarded to the CCSA by the Ministry of Public Health following the detection of additional Omicron cases in the country.

Dr Chakkarat Pitayawong-anant, director for epidemiology at the Department of Disease Control (DDC), confirmed the first known local transmission of the Omicron variant on Monday.

A 49-year-old Thai woman reportedly contracted the virus from her Colombian husband, who traveled from Nigeria on November 26 via the sandbox scheme.

The man had been fully vaccinated with two AstraZeneca jabs prior to his trip and tested negative for COVID-19 on arrival before receiving a Pfizer booster on December 1. It was only after he had exhibited flu symptoms and was taken to hospital on December 7 that his RT-PCR test came back positive, with both himself and his wife confirmed for having contracted the Omicron variant on December 10.

According to Dr Supakij Sirilak, director-general of the Department of Medical Sciences (DMS), 25% of arrivals who test positive for COVID-19 are now being found to be infected with the Omicron strain.