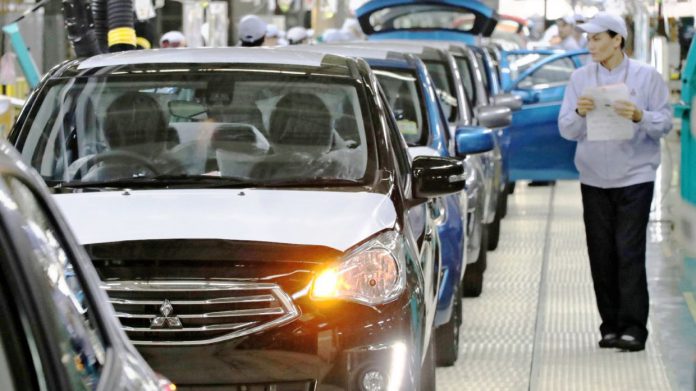 (Xinhua) — Thailand’s auto producers churned out 134,245 vehicles in June, up 87.22 percent from a low comparative base last year, the Federation of Thai Industries (FTI) said Thursday.

On a monthly basis, however, auto production fell 4.23 percent from May because of a shortage in certain auto parts, according to the FTI.

In the first half of the year, the country’s auto production totaled 844,601 units, an increase of 39.34 percent from the same period of last year.

Auto sales on the domestic market rose 15.07 percent from one year earlier to 61,758 units last month.

Thailand is a regional auto production and export base. It exported 83,022 finished vehicles in June, up 65.88 percent from one year earlier, according to the FTI data.

The FTI raised its forecast for Thailand’s auto production to a maximum of 1.6 million units this year, up from its previous forecast of 1.5 million units. It also expected this year’s auto exports to reach up to 850,000 units, up from 750,000 units.