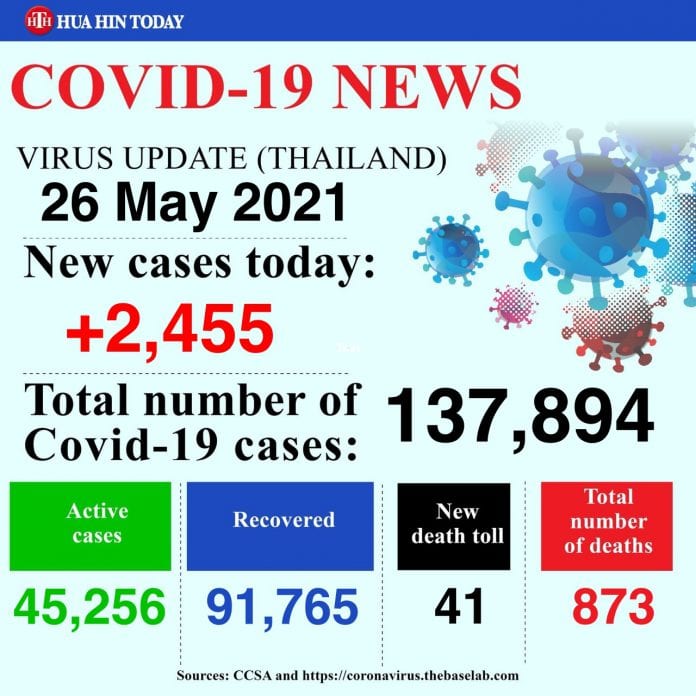 BANGKOK, May 26 (Xinhua) — Thailand on Wednesday reported 41 new deaths, the highest daily death toll since the outbreak of the pandemic, raising the total number of fatalities to 873, according to the country’s Public Health Ministry.

It also reported 2,455 new infections, of which 16 were imported and 2,439 were local transmissions.

Of the local cases, 479 were detected in prisons, from where a new wave of infections among inmates was reported since mid-May.

Thailand, which has a population of some 70 million people, has so far registered 137,894 confirmed COVID-19 cases. Of that total, 91,765 patients have fully recovered and been released from hospitals, while 45,256 others are currently hospitalized.