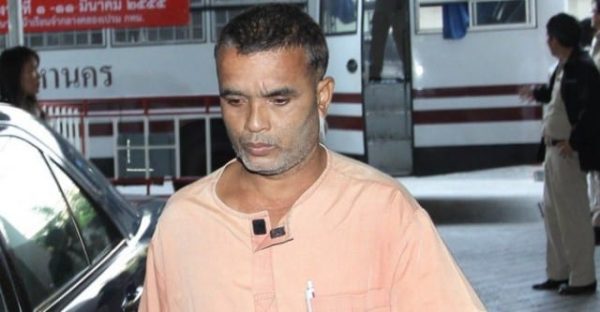 Thailand’s version of “Jack the Ripper” has been sentenced to death by the Khon Kaen provincial court, after he was found guilty of murdering a woman by strangulation in her house in Kranuan district on December 15th, 2019.

The sentence was passed on March 14th, but it was only publically announced today (Friday).

The court said convicted murderer Somkid Poompuang, committed a pre-meditated crime, about six months after he release from prison after serving time for the murders of five other women. The court said there is no justification for commutation of the death sentence because he remains a serious threat to society. Somkid originally confessed to this sixth homicide, but retracted it at trial.

Somkid was arrested at the railway station in Pak Chong district of Nakhon Ratchasima, three days after killing the 51 year old woman, as he was taking a train from Surin province to Bangkok.