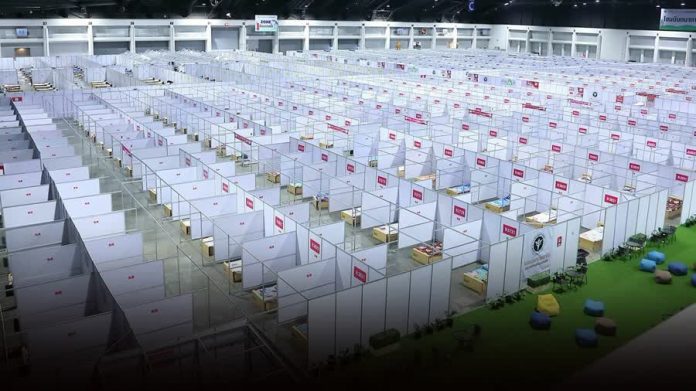 BANGKOK (NNT) – The country’s largest field hospital in Nonthaburi Province closed its doors on Thursday after a decline in new daily caseloads.

Busarakham treated 20,436 Covid-19 patients during its operation which started on May 14.

According to Dr Kiatiphum Wongrajit, permanent secretary for health, it took only seven days to set up “the country’s biggest and best field hospital.”

Dr. Kiatiphum said it opened with 1,000 beds with contributions from the government, as well as the private and civil sectors, and later expanded to 3,700 beds.

With intensive care and semi-intensive care units, the facility helped free up beds for critically ill patients at conventional hospitals.

Dr Kiatiphum commended all personnel who had devoted themselves to helping patients. They have returned to their workplaces and resources at the field hospital would be distributed to hospitals in need nationwide.