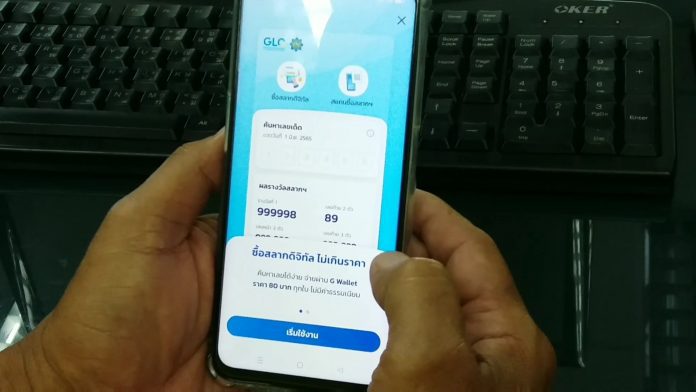 The Government Lottery Office (GLO) has reported that punters snapped up some 5.27 million tickets via Thailand’s new digital lottery platform.

The new platform which is available via the Paotang mobile app was launched last Thursday (June 2).

By mid morning, the GLO had reported that 500,000 tickets had already been sold and on Sunday, it was revealed that all five million tickets had been bought through the platform.

GLO Director Lt-Col Noon Sansanakhom said the response was overwhelming and that the GLO board will discuss allocating more tickets to the online platform at a meeting due to be held later this month.

The online lottery tickets cost 80 baht, with the new digital platform seen as a significant measure in the bid to stop overpricing.

Some physical tickets bought from vendors can cost as much as 130 baht, the GLO said. The Prime Minister praised the GLO’s efforts to assist those affected by the sale of over-priced lottery tickets.

In a bid to ease concerns from lottery vendors that the new online platform will impact their revenue, Thanakorn Wangboonkongchana, a spokesperson for the PM said: “I want to emphasize that the digital lottery project is an additional option for buyers.

“The Prime Minister hopes that online lottery sales will continue in parallel with traditional sales.

“So that all parties can sell government lottery tickets and bring income to the state for further country development,” the spokesperson said.

In Prachuap Khiri Khan, lottery vendors said the new online platform may impact sales, but that it was too early to say by how much.

The lottery draw is set to take place on June 16, local vendors said they would have to see if there was a flurry of ticket sales in the days leading up to the draw.