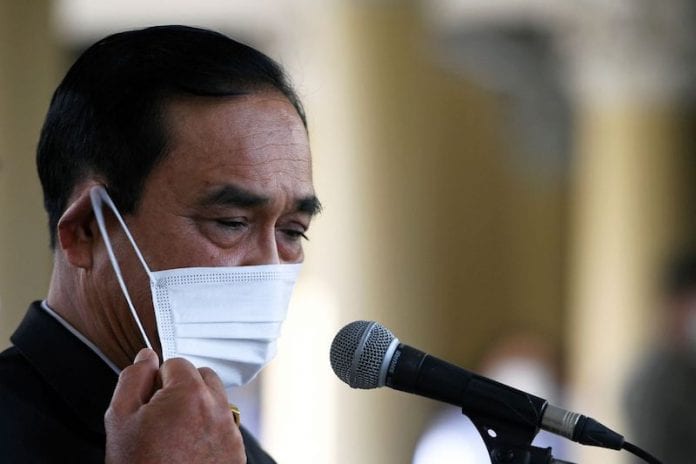 Face masks – you don’t dare leave home without one.

If only someone had told Thailand’s prime minister, Prayuth Chan-o-cha would have saved himself 6,000 THB on Monday after being fined for breaching new COVID-19 regulations.

The PM received the fine for breaching rules aimed at containing the coronavirus by not wearing a face mask, Bangkok’s governor said.

“I informed the prime minister this was a violation of rules”, Bangkok Governor Aswin Kwanmuang wrote on his official Facebook page.

The move came after a photograph of Prayuth appeared on his Facebook page showing him not wearing a mask in a meeting. The photograph was later removed.

Bangkok, along with more than 50 provinces in Thailand, including Prachuap Khiri Khan and Phetchaburi, have made the wearing of face masks mandatory when out in public.

The rule applies to both indoor and outdoor public spaces.

Violators face fines of up to 20,000 baht under the Communicable Diseases Act B.E.

The news comes as the Bangkok Metropolitan Administration also announced that wearing a face mask is compulsory in all vehicles carrying more than one person in the capital.