The tourism sector is now confident that foreign tourists will be returning during the high season later in the year with tourist numbers reaching 26.8 millions this year. Deputy chairman for tourism development of the Tourism Council of Thailand (TCT) Thanes Worasarun and former TCT chairman Kongkrit Hirankit were in agreement that the tourism sector of Thailand has come through its lowest point during the month of June.

As of the present, operators are more confident of the security issue which is reflected in the continued influx of foreign tourist despite the fact that the country is still under martial law. This has raised confidence that the tourism outlook for the country for the remaining part of the year will see an increase of about 15 million tourists. The total number of tourists for 2014 should tally with the 26.8 million tourists projected which is more than the 26.5 million projected for the previous year. The increase in tourist numbers should generate about 1.9 trillion baht in income for the country.

They said that significant improvements should start to be visible from the month of August onward and by September, tourism numbers will experience positive growth. The three main groups of tourists to Thailand are from Korea, Japan and China and projections are that tourist numbers will increase to about 28 million for the year 2015. This should bring in an estimated 2.2 trillion baht in tourist income to the country. “After the resolution of the political crisis in the country, tourist growth statistics has rebounded to two figures. The lowest being only 18% and it has stayed that way for a while. We plotted a graph and it showed that projections were accurate because Thailand remains the destination of choice in the region and we possess major strengths in the service sector over our competitors,” Thanes Worasarun, deputy chairman for tourism development for TCT said.

Kongkrit Hirankit, former chairman of TCT also said, “If this year’s tourism figures show zero or no growth, then we expect that in 2015 the figures should show no less than 10% growth. This is because of historical trends in the tourism sector for the Thailand. Whenever there is zero growth in a particular year then the following year will almost always experience positive growth.” 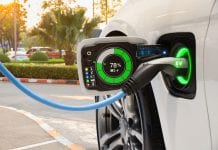 Own an electric car? Here are the locations of EV charging stations in Hua Hin 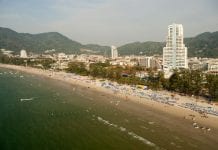