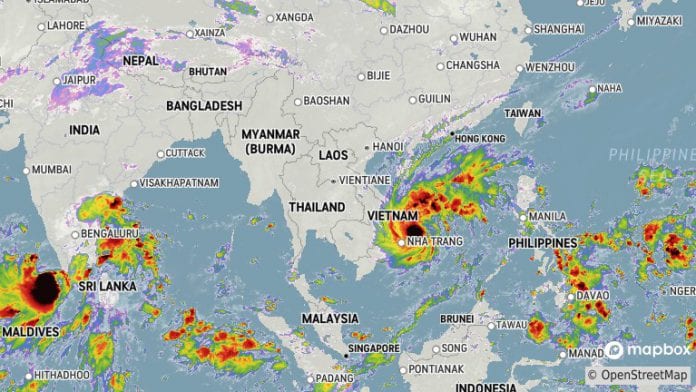 The Meteorological Department today issued a warning to people in lower northeast, lower central, the eastern region and upper south to brace for isolated heavy to very heavy rain today through Saturday due to tropical storm Matmo, which is predicted to make landfall over central Vietnam today.

The downpours may cause flash floods and heavy water runoff.

The category 2 depression over the Middle China Sea had developed into a tropical storm (category 3) at 4:00 am this morning, said the department.

Packing maximum sustained winds of 74 kph and moving at a speed of 20 kph, the storm will then move into Cambodia in the next few days and this will effect weather conditions in Thailand’s lower north-eastern, lower central and eastern regions, as well as the upper South.

The Weatherman said that, after the rain today and tomorrow, temperatures in the North and upper north-eastern regions will drop by 3-5°C.