Opensignal, which specialises in reporting mobile data speeds across the world, said it analysed the mobile network experience for all three of Thailand’s national operators – AIS, DTAC and TrueMove H — over a period of 90 days beginning July 1 and ending September 28, 2021, to see how they fared.

The report found that AIS overwhelmingly came out on top across almost all categories.

The firm were outright winners in 6 out of 7 categories, taking top spot on 4G network coverage, 4G availability, both download and upload speed, Voice App Experience and Gaming Experience.

It was only in video experience, which was awarded to TrueMove H, which AIS didn’t come out on top.

The report found that DTAC was the worst performing mobile operator, failing to win a single category.

The report said, AIS had made huge improvements since 2020, increasing its average download speed by more than 10 Mbps to 18.1 Mbps, which was more than 2 Mbps faster than rival True Move in second place.

By comparison TrueMove H had an average download speed of 15.6 Mbps, while DTAC scored just 10.2 Mbps.

AIS and DTAC ahead in race for 5G

The report found that AIS also dominated when it came to its 5G speeds, with the firm scoring wins across all categories, two of which were outright wins and five joint awards.

AIS claimed both of its sole wins in the 5G speeds categories — 5G Download Speed and 5G Upload Speed.

Opensignal explained some of the reasons as to why AIS and TrueMove H are well ahead of rivals DTAC when it comes to 5G.

Part of the reason for this is the speed in which both firms deployed their 5G networks so soon after being awarded licenses to operate the service back in February 2020.

AIS was the first to launch in February 2020 and TrueMove H followed the 5G trail in March 2020, using their newly purchased 2.6 GHz spectrum bands.

Opensignal explained there are substantial differences in spectrum holdings between the three main Thai operators.

There may be a chance for DTAC and other operators to obtain spectrum in the 3.5 GHz band, which is key for 5G deployments worldwide, Opensignal said. 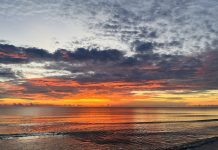