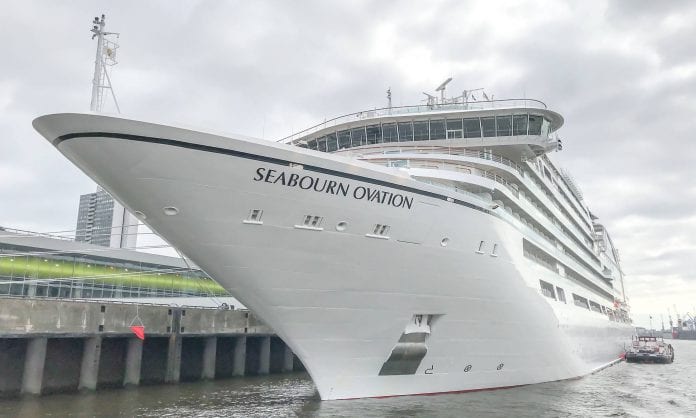 More than 4,000 tourists and crews arrived in Phuket this morning on a luxury liner, one from Hong Kong and the other one from Singapore. There has been a sudden flow of cruise ship’s arrival after the Diamond Princess liner which is still docked in Yokohama Bay, Japan almost two weeks ago.

The Seabourn Ovation arrived from Hong Kong at about 7:00 a.m this morning with 919 people on board. The Quantum of the Seas arrived from Singapore at 10:00 a.m. with 3,149 passengers and crew. Both are now anchored at the Phuket Deep Sea Port in Cape Panwa.

Phuket’s Marine Office Director Wiwat Chitchertwong had also revealed that at least 17 cruise ships will be arriving in Phuket in the next few months.

“Officers are still screening people for elevated body temperature at Phuket International Airport, bus terminals, piers around the island, and other places,” Dr. Thanit said to the reporters in Phuket

The head of the PPHO also confirmed that the number of people suspected of being infected with the virus in Phuket “keeps decreasing”, but declined to mention how many people in Phuket were currently being observed or were in quarantine.

“There are no confirmed reports of people infected with the virus on board, as some people believed. It is a different cruise ship.”