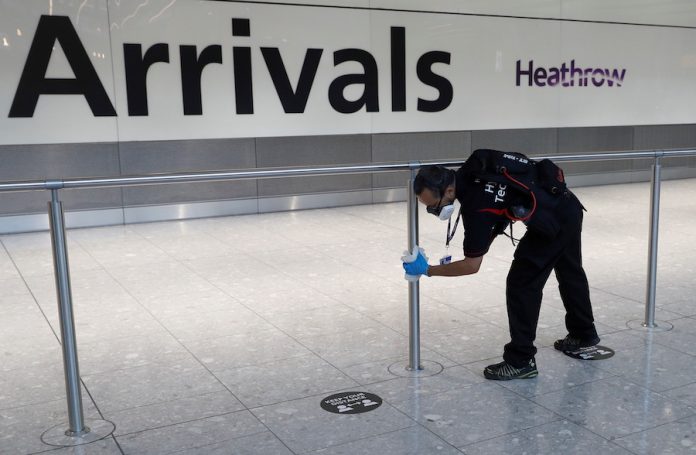 The UK’s current travel rules regarding COVID-19 and the ongoing refusal to recognise vaccines administered in Thailand is a significant blow to British expats wishing to return to their home country.

Travel between Thailand and the UK is affected by two issues:

The issues remain despite the UK government earlier this month announcing major changes to the country’s international travel and health rules related to COVID-19.

On Sept 17, the Department for Transport (DfT) confirmed that from October, it will increase the number of countries from which travellers’ vaccination certification will be recognised.

“From 4 October, England will welcome fully vaccinated travellers from a host of new countries – who will be treated like returning fully vaccinated UK travellers – including 17 countries and territories such as Japan and Singapore, following the success of an existing pilot with the US and Europe,” read a DfT statement.

At the same time, the UK has also confirmed it will start recognising people who have received so-called ‘mix and match’ vaccines as being fully vaccinated.

However, none of the above applies to people who have been vaccinated in Thailand.

Thailand remains on the UK’s red list, meaning people travelling to the UK are forced to enter mandatory quarantine for 10 days.

The cost to quarantine in a dedicated facility in the UK is in the region of £2,000 per person.

In addition, the UK still does not consider people who have been vaccinated in Thailand, even if they have received two doses of the same vaccine, as being “fully vaccinated”.

The rules currently being implemented by the UK government are a severe blow to British expats in Thailand who have spent the best part of 18 months separated from their friends and families in the UK because of the pandemic.

Several ASEAN NOW readers have highlighted the issue, with many failing to see the justification for the UK government implementing such a policy, especially to people who have received two doses of the AstraZeneca or Pfizer vaccine.

“It is like the British government is punishing me for being an expat in Thailand”, a reader told ASEAN NOW.

“I have received two doses of AstraZeneca in Bangkok, which means I am fully vaccinated.

“But they (the UK govt) still won’t let me visit without going into quarantine.

“There is no rhyme nor reason to this policy”, they added.

The issue doesn’t only affect British expats in Thailand. The UK does not recognise vaccines administered in close to 100 countries, mainly those located in south Asia, Africa and Latin America.

Furthermore, the fact Thailand remains on the UK’s ‘red list’ all but rules out Thailand as a destination for tourists from the UK.

The UK is on Thailand’s list of countries approved for its ‘Sandbox’ program.

But under the UK government’s rules, even if a British tourist is fully vaccinated, they would still be required to enter mandatory quarantine for 10 days upon their return to the UK from Thailand.