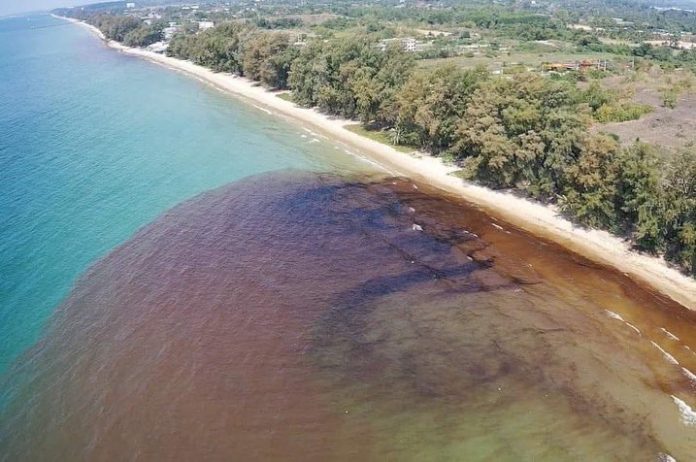 (Xinhua) — A beach on Thailand’s east coast was closed Saturday as oil leaking from an underwater pipeline in the Gulf of Thailand washed ashore.

The leak from the pipeline of the Star Petroleum Refining Public Company started late Tuesday and had been brought under control one day later, said the company, estimating that up to 50 tons of oil had been leaked.

The oil slick covered a total area of around 67 square km of the sea Saturday morning, a satellite image from the government’s Geo-Informatics and Space Technology Development Agency showed.

Oil reached the shoreline of the Mae Ramphueng beach in Rayong Province Saturday morning, forcing the local government to declare the beach a disaster area and close it to the public for clean-up operation.

The provincial authority also ordered surrounding shops to stop trading until the situation is resolved.