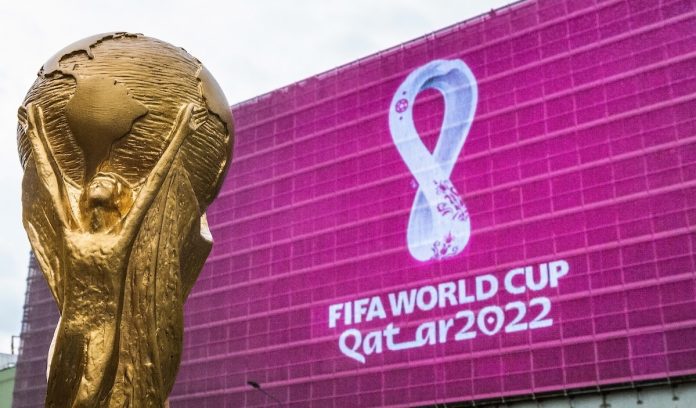 The FIFA World Cup 2022 will take place in November and this year it is set to look very different as the tournament takes place in winter and in the middle of the football season for the first time ever. Here’s all you need to know.

The FIFA World Cup 2022 kicks off on November 20 but this year’s tournament is set to look very different for a number of reasons.

For the first time ever the tournament is being held in a country in the Middle East and is being played outside what is the traditional summer window, in what is the Northern Hemisphere winter.

Even before a ball has been kicked, the tournament has already become one of the most controversial in the history of the World Cup, being condemned by human rights organizations and pundits alike.

The opening match of the 2022 World Cup will see hosts Qatar take on Ecuador in Group A.

England’s first game takes place on day 2 of the tournament when they face Group B rivals Iran in what is an 8pm kick off for football fans in Thailand.

During the group stages of the tournament, which lasts for 12 days, four games per day take place.

The round of 16 then takes place from December 3, with the winners and runners up of each group playing against each other.

In total the tournament will last for four weeks from mid November to the week before Christmas.

Who are the favorites?

A total of 32 teams have qualified for the 2022 World Cup, which are split into eight groups of four teams.

The teams taking part in the Qatar World Cup are:

While Brazil may not have won the World Cup since 2002, many pundits make the five-time winners favorites in Qatar.

Holders France are second favorites and well fancied by many to mount a serious challenge for the ultimate prize. However, Les Blues are dealing with significant injuries. N’golo Kante (hamstring) and Raphael Varane (ankle) will both miss France’s title defence.

The recent form of Argentina has seen them become third favorites for this year’s tournament.

And there could be a fairy tale ending for Lionel Messi, who will be leading Argentina in what will be his final World Cup and he hopes to land the one major honor that has so far eluded him in his quite remarkable career.

Fourth favorites are England, who after reaching the semi finals in 2018 and the final on home soil of Euro 2020, will be aiming to bring the 56 year wait for international success to a close.

Behind England are 2010 winners Spain, who have an exciting young squad at their disposal. And rule out Germany at your peril, who despite being sixth favorites are still in with a chance of winning this year’s tournament.

Why is this World Cup being held in November?

The 2022 Qatar World Cup will mark the first time the tournament has been played outside the traditional summer window.

The tournament will start in November because of Qatar’s intense summer heat, which would simply be too hot for players to play in.

During the height of summer, temperatures in Qatar can reach upwards of 40 degrees Celsius.

While the weather won’t be quite as hot in November and December, temperatures may still reach 30 degrees.

Although this tournament is the first World Cup to take place in the winter, it is unlikely to be the last. Given that FIFA is eager for the tournament to be used to promote the game around the world, expect other Middle Eastern countries to host the tournament in the future.

Why is the tournament controversial?

The decision to host the tournament in Qatar has been met with criticism for a number of reasons.

Firstly, the fact that players are having to play in a country that is so, the disruption to the domestic leagues in Europe and the lack of infrastructure in Qatar that has raised questions about whether the country is capable of hosting a tournament the size of the World Cup.

However, the main reason why the tournament is controversial is to do with Qatar’s questionable stance on human rights.

Homosexuality remains illegal in the country and is punishable by up to seven years in jail. Another key issue concerns migrant workers, with human rights organizations alleging that Qatar has a long history of abuse of its migrant residents.

How to watch the FIFA World Cup 2022 in Thailand

While there are some really early/late games (2am), the good news for football fans in Thailand is that most kick off times are favorable for those of us watching from the Land of Smiles.

During the group stages, games kick off at 2am, 5pm, 8pm and 11pm Thailand time.

The knockout stages will see games kick off at either 2am or 10pm, with the final kicking off at 10pm.

At the time of publishing, no company in Thailand has secured the rights to broadcast matches from the tournament.

However, the Sports Authority of Thailand (SAT) has said that it will purchase the licensing rights if private broadcasters fail to do so in order to ensure that football fans in Thailand can watch the games.

“Thais must be able to watch the World Club live for free under the ‘must-have’ rule. If no private operators are interested in purchasing the licence, the SAT will buy it,” SAT governor Kongsak Yodmanee has said.