Thai government says places that are relying primarily on international tourism will be considered “high priority” for vaccines once the inoculation programme starts rolling.

According to The Pattaya News, CCSA assistant spokesman Apisamai Srirangsan made the announcement on Monday at a press conference.

Places like Phuket and Pattaya – along with a number of other tourism-dependent locations – had been hoping to purchase vaccines privately, in order to inoculate enough of its residents to achieve herd immunity and hoping to welcome international tourists in the third quarter of this year.

Pattaya relies much on tourism with nearly 80% being its GDP whilst Phuket is almost like 90%.

Apisamai says that, while frontline medical workers and other vulnerable people remain first in line for the vaccine, tourism personnel will also be classed as “high priority” for the jabs.

However, details of the government’s planned vaccine rollout still remain unclear, nor is it yet known if expats, many who would fall into the vulnerable category are entitled for the inoculation.

Sources: The Thaiger | The Pattaya News 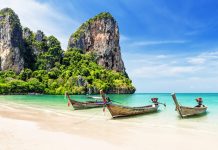 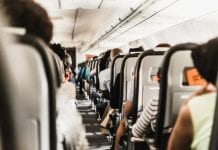 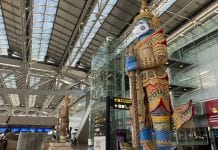