The students sit with their satchels on their desks, eager to get home after another long day of seven 50-minute classes. They listen patiently as their teacher makes a few announcements about tomorrow’s timetable. Then, as every day, the teacher’s final words: “OK everybody, today’s cleaning roster. Lines one and two will clean the classroom. Lines three and four, the corridor and stairs. And line five will clean the toilets.”

A few groans arise from line five, but the children stand up, grab the mops, cloths and buckets from the broom cupboard at the back of the classroom, and trot off to the toilets. Similar scenes are happening at schools across the country.

Most first-time visitors to Japan are struck by how clean the country is. Then they notice the absence of litter bins, and street sweepers. So they’re left with the question: how does Japan stay so clean?

The easy answer is that residents themselves keep it that way. “For 12 years of school life, from elementary school to high school, cleaning time is part of students’ daily schedule,” said Maiko Awane, assistant director of Hiroshima Prefectural Government’s Tokyo office. “In our home life as well, parents teach us that it’s bad for us not to keep our things and our space clean.”

Including this element of social consciousness in the school curriculum helps the children develop an awareness of, and pride in, their surroundings. Who wants to dirty or deface a school that they have to clean up themselves?

“I sometimes didn’t want to clean the school,” recalled freelance translator Chika Hayashi, “but I accepted it because it was part of our routine. I think having to clean the school is a very good thing because we learn that it’s important for us to take responsibility for cleaning the things and places that we use.”

On arriving at school, students leave their shoes in lockers and change into trainers. At home, too, people leave their street shoes at the entrance. Even workmen coming to your house will remove their shoes and pad around in their socks. And as the schoolchildren grow, their concept of what constitutes their space extends beyond the classroom to include their neighbourhood, their city and their country.

Examples of social awareness abound in daily life too. Around 08:00, for instance, office workers and shop staff clean the streets around their place of work. Children volunteer for the monthly community clean, picking up rubbish from the streets near their school. Neighbourhoods, too, hold regular street-cleaning events. Not that there’s much to clean, because people take their litter home.

Even banknotes emerge from ATM’s as crisp and clean as a freshly starched shirt. Nevertheless, money gets dirty, which is why you never put it directly into someone’s hand. In shops, hotels and even in taxis, you’ll see a little tray to place the money. The other person then picks it up.

Invisible dirt – germs and bacteria – are another source of concern. When people catch colds or flu, they wear surgical masks to avoid infecting other people. This simple act of consideration for others reduces the spread of viruses, thereby saving a fortune in lost work days and medical expenses.

“In Zen, all daily life activities, including having meals and cleaning the space, must be regarded as an opportunity to practice Buddhism. Washing off the dirt both physically and spiritually plays an important role in the daily practice,” said Eriko Kuwagaki of Shinshoji Temple in Fukuyama, Hiroshima Prefecture.

If you live in Japan, you soon find yourself adopting the clean lifestyle. You stop blowing your nose in public, make use of the hand sanitizers provided for customers in shops and offices, and learn to sort your household rubbish into 10 different types to facilitate recycling.

Then, when you return to your homeland, you’re shocked by barbarians who sneeze and cough in your face. Or stomp into your house in dirty shoes. Unthinkable in Japan.

But there’s still hope. After all, it also took a while for Pokémon, sushi and camera phones to sweep the world. 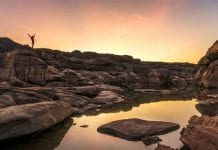 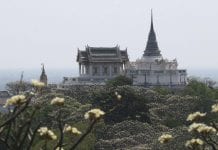 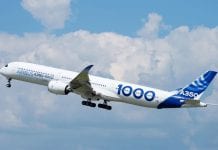 Long Weekend, Accommodation at Cha Am

A Cool Evening, A Warm House and A HOT PARTY!