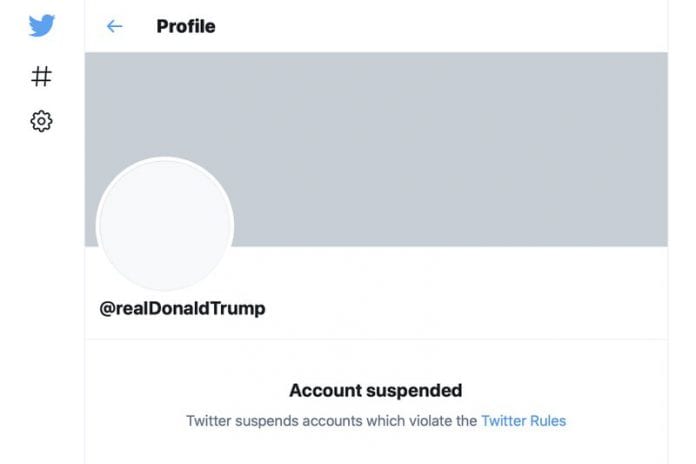 WASHINGTON ASSOCIATED PRESS (AP) — @realDonaldTrump, Trump using some of his final postings on Twitter to empathize with a pro-Trump mob that attacked the halls of Congress in a deadly assault as lawmakers were set to declare his defeat. The post died after reaching more than 57,000 tweets.

The account met its demise when Twitter announced Friday, they will suspend @realDonaldTrump permanently concerning that Trump would use it for “further incitement of violence.”

Early on @realDonaldTrump, Its owner who had rich experience in marketing casinos and real estate used the platform to promote his books and media appearances.

But as Trump began seriously toying with a White House run. Twitter became a tool to burn opponents and give shape to his “America First” philosophy.

He used it whether insulting celebrity enemies (Rosie O’Donnell was “crude, obnoxious and dumb”) or (Britain is “trying hard to disguise their massive Muslim problem”).

In its most popular tweet, on Oct. 2, 2020, @realDonaldTrump announced that Trump and first lady Melania Trump had contracted the coronavirus. The post got 1.8 million likes and nearly 400,000 retweets.