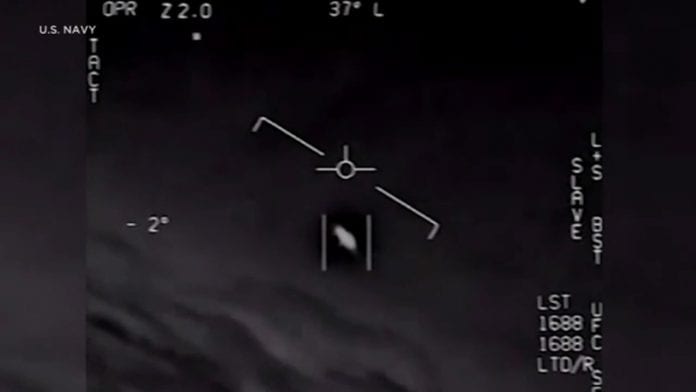 The truth is out there and now maybe there is actual video evidence too?

The US Department of Defense has confirmed this leaked video taken in 2019 is of the real thing, a legitimate UFO.

The Pentagon has confirmed the unidentified flying objects moving through the clouds were taken by Navy personnel.

One appears to be triangle shaped, another shaped like an acorn and another one described as a metallic blimp which moves like a rocket.

Beyond confirming the phenomenon is unexplained, the DOD will not provide additional information for security reasons.

The military says they don’t want to provide information that would be helpful to adversaries, presumably terrestrial ones.