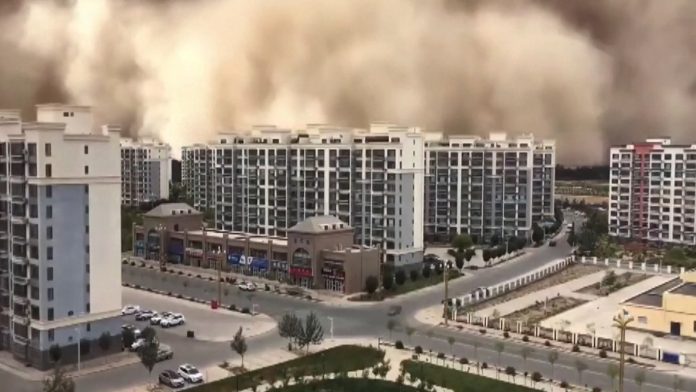 The regional observatory issued a yellow alert for sandstorms at 15:04 local time on Sunday.

According to the regional meteorological department, the lowest visibility was reduced to 791 meters.

Videos show the wall-like sandstorm covering urban areas and highways. It is believed to have reached over one hundred meters high.

China has a four-tier color-coded weather warning system for sandstorms, with red representing the most severe, followed by orange, yellow, and blue.