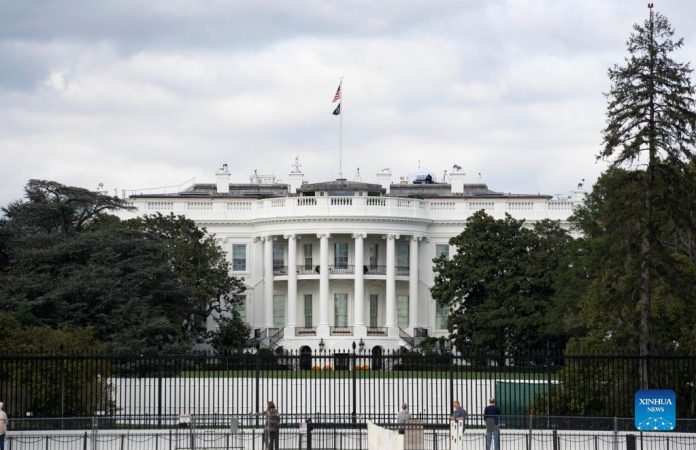 The framework seeks to impose new taxes on the largest corporations and the wealthiest Americans to raise revenue of around 2 trillion dollars over a decade to fully pay for the social spending plan.

If passed, the framework will impose a 15 percent minimum tax on corporate profits for firms with earnings over 1 billion dollars reported to shareholders, and a 1 percent surcharge on corporate stock buybacks, according to the fact sheet.

The framework is far smaller than Biden’s original 3.5-trillion-dollar proposal, and it has not been written into legislative language yet.

“No one got everything they wanted, including me, but that’s what compromise is. That’s consensus,” Biden said in remarks at the White House before departing for a week of summits in Europe.

“Given half a chance, the American people have never ever, ever, ever left the country down, so let’s get this done,” Biden said, urging Congress to pass both the social spending package and the bipartisan infrastructure bill.

It’s not clear whether the framework would pave the way for the House of Representatives to approve the 1.2-trillion-dollar bipartisan infrastructure bill that was passed by the Senate earlier this year.

Progressive House Democrats have held up the Senate-passed bill for months, demanding a vote on the larger social spending plan.