BOSTON (AP) — A toss left, a quick break past the defense, and it was obvious Philadelphia Eagles running back Herb Lusk was headed to the end zone. The real surprise came when he arrived 70 yards later.

Lusk dropped to a knee in the NFL’s first public end zone prayer.

High-profile expressions of faith by athletes have become routine in pro sports since Lusk’s October 1977 run. A new book by religion writer Tom Krattenmaker explores how it happened, and asks whether it’s a good thing.

“Some love it, some really resent it. The comedians have a field day with it,” said Krattenmaker, author of “Onward Christian Athletes.”

From the numerous Lusk copycats, to prayer circles at the 50-yard line, to jubilant players praising God in postgame interviews, an often conservative voice of the Christian faith is now commonplace in American professional sports. That reflects decades of influence by evangelical Christian groups in locker rooms and a belief among some Christian athletes that their visibility is a gift they should use to proclaim their faith.

Krattenmaker says the problem is that they’re reaching a sporting public with increasingly pluralistic religious convictions, or no religion at all.

“There are many secular fans who really feel annoyed by that kind of religious expression,” he said in an interview. “Even people who are religious themselves often resent this situation where athletes talk about God in this big moment of victory, sometimes seeming to imply God gave them the victory.”

But Tennessee Titans All-Pro center Kevin Mawae said his Christianity is part of who he is, and he can’t separate it from his life as an athlete or anywhere else.

“The fact that some people are jaded toward religion or faith shouldn’t stop a player from expressing his faith in public,” Mawae said.

“If there’s an exclusivity, it’s because Jesus put it out there,” Nauss said. “So I don’t think there’s anything to apologize for, or to dance around in a politically correct environment.”

The influence of Christianity in locker rooms can be traced to people such as baseball pioneer Branch Rickey, the executive who brought Jackie Robinson to the Brooklyn Dodgers. In 1954, Rickey agreed to help college football coach Don McClanen found the influential Fellowship of Christian Athletes.

Baseball Chapel was established for players like ex-New York Yankee Bobby Richardson, who was mobbed at local churches on Sundays, Nauss said. By 1975, it had established programs for every major league team.

Another prominent group, the international sports ministry Athletes in Action, places about half of the NFL’s chaplains.

Krattenmaker said evangelical ministries have a near monopoly in pro clubhouses because they seized the chance, then won the teams’ trust by not exploiting their access. Other faith groups simply haven’t done the work, he said.

“The conservative Christians got their upper hand in the sports world the old fashioned way,” Krattenmaker said. “They earned it.”

Krattenmaker isn’t asking pro athletes to stop talking about religion, just to be more sensitive in their tone and timing. He also sees a credibility-bruising selectivity in the theologically and politically conservative messages evangelicals in sports trumpet.

In his book, for instance, he highlights retired Indianapolis Colts coach Tony Dungy’s public stance against same-sex marriage. But Jesus’s teaching that “it is easier for a camel to go through the eye of a needle than for a rich man to enter the kingdom of God” doesn’t get much attention among hyper-wealthy athletes, he said.

Joe Price, author of “Rounding the Bases: Baseball and Religion in America,” said evangelicals are driven by a unique “missionary urgency” to fulfill Christ’s call to spread the Christian message to all nations. But he said spontaneous witnessing on TV broadcasts was akin to “early Christian preaching on a street corner,” and can be easily resented or ignored.

Retired NBA guard and 1993 Heisman Trophy winner Charlie Ward, an outspoken Christian, said when athletes publicly talk about Christianity, it’s often just a reflection of the joy of the faith.

“When people are excited about something, they want to share good news with people,” Ward said.

John White, who helped found Athletes in Action’s sports ethics center, advocates training to help Christian pro athletes be reflective about what they say and aware of how their audience might respond.

“I think there could be more measured communication, just some wisdom,” said White, now a professor at Cedarville College. “It would probably challenge me if I saw them equally thanking God after a loss.”

Mawae said he knows outspoken Christian athletes will be held more accountable for what they say and do.

“If you’re going to go out there and pray in the end zone at the end of the game and give it all up or whatever, at the same time your actions off the field have to reflect who you are on the field,” he said.

Both Mawae and Ward have seen their character publicly questioned. Mawae is often named one of the NFL’s dirtiest players in player polls — something he has attributed to playing hard until “the echo of the whistle.” In the 1997 NBA playoffs, Ward was suspended after being part of an ugly brawl with the Miami Heat. In 2001, he apologized after saying Jews were “stubborn” because they didn’t accept Christ and had “blood on their hands.”

Ward said he tried to show his Christianity through his struggles.

“I wanted people to see that I was real, but also to wanted (them) to see humility and how you handle certain situations and allowing your faith to kind of be shown through your hang ups,” he said.

Ward said he knows that everyone doesn’t want to hear about his faith. But he said Christians are also exposed to messages in the media they don’t want to hear, and there’s a quick solution.

“They can turn off the television,” he said. 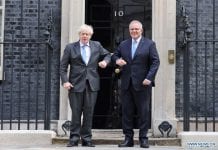 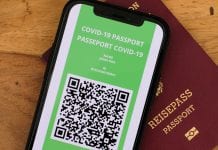 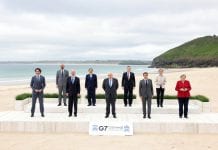