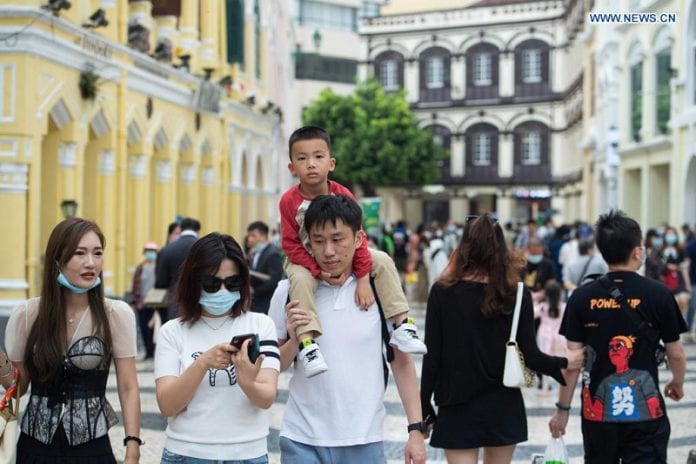 BEIJING, May 31 (Xinhua) — China will support couples that wish to have a third child, according to a meeting of the Political Bureau of Communist Party of China (CPC) Central Committee held on Monday.

Implementing the policy and its relevant supporting measures will help improve China’s population structure, actively respond to the aging population, and preserve the country’s human resource advantages, the meeting said.

Xi Jinping, general secretary of the CPC Central Committee, chaired the meeting to hear reports on major policy measures to actively address the aging of population during the 14th Five-Year Plan period (2021-2025).

China has a large population, and the aging of its population has been increasing in extent in recent years, the meeting said.

The meeting acknowledged the progress of major birth policies adopted by the Party’s central authorities since the 18th CPC National Congress in 2012.

The meeting demanded efforts to implement a third-child policy in accordance with the law, and to advance birth policies alignment with relevant economic and social policies.

Education and guidance should be provided to promote marriage and family values among marriage-age young people, the meeting determined.

China should also continue to implement its current reward and assistance system as well as preferential policies for one-child families and rural families with only two daughters.