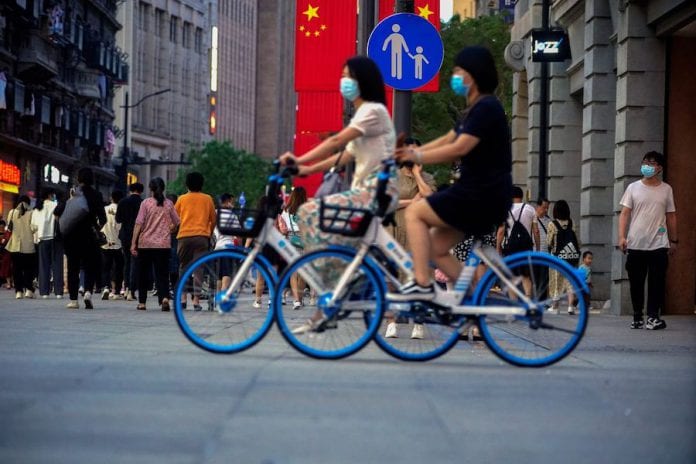 Hua made the remarks at a daily press briefing in response to a query on reports by U.S. and European media outlets claiming that China is facing a demographic crisis, which may even affect the realization of the Chinese dream.

China’s population on the mainland has maintained steady growth, reaching 1.41178 billion in 2020, an increase of 5.38 percent from 2010, and the average annual population growth rate from 2010 to 2020 stood at 0.53 percent, the National Bureau of Statistics said Tuesday.

“This data shows that China’s population has maintained a slow growth trend in the past 10 years. China’s total population continues to grow, and it is still the most populous country in the world,” Hua said.

Between 2010 and 2020, the education level of China’s citizens improved continuously, the gender ratio became more balanced, changes in family-planning policy led to a rebound of new births, population mobility increased and the urbanization rate further elevated, the census data show.

Compared with 2010, the Han Chinese population increased by 4.93 percent, while that of ethnic minority groups increased by 10.26 percent, and the proportion of the general population belonging to ethnic minority groups rose by 0.4 percentage points from 2010, Hua noted, adding that the steady growth of the population of ethnic groups fully reflect the all-round development and progress of all ethnic groups in China.

“In response to the concerns of the U.S. media outlets mentioned, I wonder if they have noticed that China’s population of 1.41178 billion is still more than the total population of the United States and Europe combined? I don’t know how the relevant reporters turned into demographers and sociologists, or how they came to the conclusion that China is facing a population crisis,” Hua stated.

“The impact of population change on the society and economy should be viewed dialectically. China will promote high-quality development and formulate relevant population strategies and policies in a targeted manner,” the spokesperson quoted an official as saying at a press conference on Tuesday.

In the past few decades, at almost every critical stage of China’s development, the West has made various judgments and predictions about China, and there have been various arguments, such as various forms of the so-called “China threat” theory or “China collapse” theory, Hua said. “But as China continued to develop, these arguments were later disproved by the facts.”

“I hope those who are keen on concocting various arguments about China can live as healthy and happy as the Chinese people, and welcome and witness the realization of the Chinese dream together,” Hua added.