LOS ANGELES (AP) — Always dapper, Gene Barry overcame his reluctance to take the starring role in the TV series “Bat Masterson” when he found out the Western lawman had worn a derby and carried a gold-handled cane in real life.

“I went over to the wardrobe department, picked out a brocaded vest, looked in the mirror, and there was this elegant gentleman,” Barry recalled in 1999. “I said, ‘Hey, that’s Bat! That’s me!'”

Barry, who also played other well-dressed men of action in the television series “Burke’s Law” and “The Name of the Game,” died of undetermined causes Wednesday, his son Frederic James Barry said. He died at age 90 at a rest home in the Los Angeles neighborhood of Woodland Hills, the son said Thursday.

Barry essentially played the same character in all three series, which spanned the 1950s to the 1970s. Always fashionably dressed, the tall, handsome actor with the commanding voice dominated his scenes as he bested the bad guys in each show.

In the first of the three, he was Masterson, a frontier dandy who rarely resorted to gunplay, choosing instead to beat his rivals senseless with a gold-handled cane.

He landed the part in 1958, but had been reluctant to take the TV role because his movie career appeared to be on the rise. He had starred in the science-fiction classic “War of the Worlds” in 1953 and opposite Clark Gable in “Soldier of Fortune” in 1955.

After two decades as a TV star, Barry found himself typecast as a television actor and never returned to prominence in films. Instead, he stayed active with stage appearances and dozens of TV guest appearances.

He sang in such musicals as “Kismet” and “Destry Rides Again,” and created the Broadway role of Georges, the gay night club owner in Jerry Herman’s hit musical “La Cage aux Folles.” That role brought him a Tony nomination in 1984.

Before landing the Masterson role, Barry appeared in the final season of Eve Arden’s hit sitcom “Our Miss Brooks” — as a P.E. teacher who pines for Miss Brooks.

After “Bat Masterson” ended its run on NBC in 1961, Barry moved to ABC to star as an LA detective in “Burke’s Law,” which lasted until 1966. The show was revived on CBS nearly 30 years later with Barry again in the lead. It lasted only one season.

“The Name of the Game” (1968-1972) offered an innovation: three suave actors — Barry, Robert Stack and Anthony Franciosa — alternating weekly in their own self-contained adventures. The only connective element: All were part of an investigative magazine of which Barry was the flamboyant owner.

When the series ended, Barry filmed a syndicated show, “The Adventurer,” in England.

He was born Eugene Klass in New York City in 1919, and he met his wife, Betty Claire Kalb, when both were performing in the city. They were married 58 years, until her death in 2003.

In addition to Frederic, survivors include another son, Michael, and daughter Elizabeth. 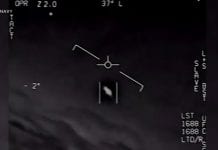 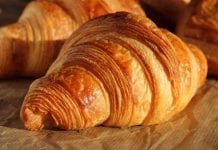 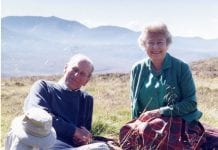