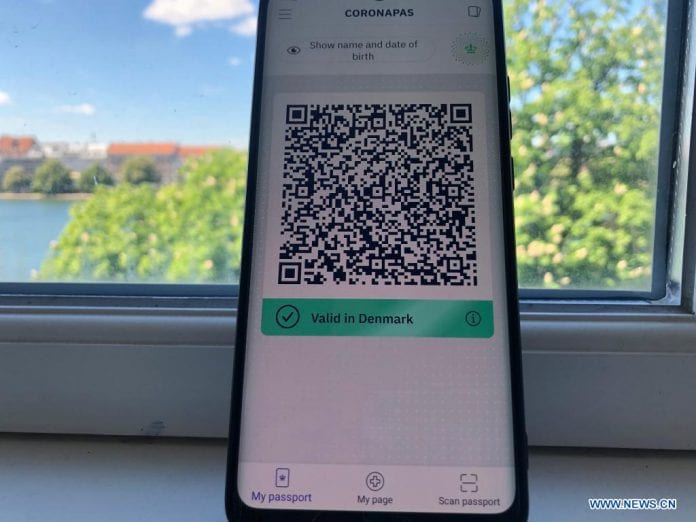 (Xinhua) — Denmark’s government on Friday launched its new digital “corona passport,” an app named Coronapas, in a bid to facilitate travel within the European Union (EU) this summer.

Developed by the Ministry of Health, the Danish Health Data authority, Statens Serum Institut (SSI) and the Danish Agency for digitization, Coronapas documents information about test results and vaccinations in both Danish and English.

“Coronapas can be used to travel in Europe from July 1. It will apply within the EU as official evidence that you have either been tested negative, vaccinated or are immune because you have been infected,” said Minister for Finance Nicolai Wammen at a joint press conference by the ministries of finance, health and transport.

“We are not meant to use it forever. There is no doubt that we will have to use it over the summer, but it is of course something that must be phased out,” said Minister for Health Magnus Heunicke.

The app’s documentation describes itself as a digital initiative that aims to help limit the spread of COVD-19 and that it “contributes to enabling Danes to travel abroad more freely.”

Confederation of Danish Industry Director Lars Sandahl Sorensen said he is satisfied that Coronapas is compatible with a European certificate that is under development.

“We in Europe must have a similar certificate as of July 1. So we are already ready now,” said Sorensen at the press conference.