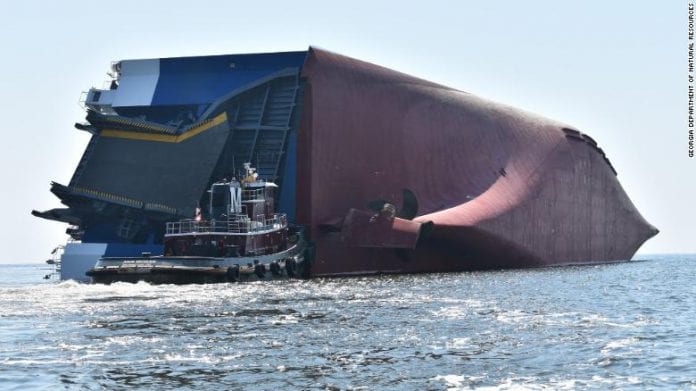 The US Coast Guard is trying to rescue four South Korean crew members who were on board a cargo ship that began listing heavily off the coast of Georgia Sunday morning, the South Korean Foreign Ministry said.

By evening, the vessel — the 656-foot Golden Ray — was laid over on its side in St. Simons Sound as authorities worked to stabilize the ship so they could resume rescue operations, which were stalled due to a fire on the ship, Capt. John Reed, commander of the Coast Guard Sector Charleston, said at a news conference.

The missing crew members have been confirmed to be in the engine room of the ship, the ministry said.

It was about 2:00 a.m. when authorities were first notified the vessel was listing, Reed said.

Crews from the Coast Guard and other agencies responded and rescued 20 of the 24 people on board — 23 crew members and one pilot — before a fire forced them to stop, he said. The Coast Guard said the ship is carrying vehicles.

Over 2,000 runners take part in Top Run event in Prachuap