PARIS (AP) — French rock legend Johnny Hallyday had a botched operation in France and is now in a medically induced coma in a Los Angeles hospital as he recovers from surgery to fix the damage, his producer said.

Hallyday is France’s biggest rock star, though little known outside of Europe. Beyond his music, Belgian-born Hallyday — whose real name is Jean-Philippe Smet — is best known for his glitz, amorous affairs, Harley-Davidson motorcycles and a Frenchness as absolute as Elvis Presley’s Americanness.

Police in Paris were investigating an alleged attack on Dr. Stephane Delajoux — the French surgeon who first operated on Hallyday — as he left a friend’s home overnight, judicial officials said.

Delajoux alleged that one masked man attacked him, while another stood by keeping watch, the officials said. The doctor was to go to hospital to have his facial bruises checked out on Saturday, they said.

Hallyday had an operation overnight Wednesday to Thursday at L.A.’s Cedars Sinai hospital to fix lingering back trouble from a Nov. 26 operation in Paris, led by Delajoux, for a herniated disc.

“After (he) had woken up, the doctors preferred putting him in an artificial coma to prevent him from suffering and getting tired, and thus to make the treatment easier,” Hallyday’s Web site said.

French daily Le Figaro, citing Hallyday’s press representatives, reported on its Web site that Hallyday’s doctors plan to pull him out of the coma early next week. The representatives did not immediately return a message from The Associated Press seeking details.

Hallyday’s press representatives said that lesions from the initial operation required more surgery, and that he had also suffered an infection following the first operation.

“The news is very positive, he’s very strong,” said the rocker’s son David Hallyday, himself a singer, told France-Info radio as he arrived at the hospital late Friday.

Camus, speaking Friday on French radio, said the American medical team treating Hallyday said the rocker had suffered ill-effects from the operation in France, and that infection “was attacking his bone marrow.”

“If what I’m being told in the United States is true, this operation was a massacre,” he said on RTL radio. On France-Info, Camus said: “It seems the Americans fixed things that they found that were very badly done.”

Delajoux, through a statement from his lawyer Friday, said he was “outraged” by such allegations and insisted that his surgery had “taken place perfectly.”

Hallyday lawyer Virginie Lappe said the singer is not ruling out the possibility of legal action.

As for the alleged attack on Delajoux, his lawyer Herve Temime criticized a “manhunt” against the doctor, though he stopped short of making any claim that the attack and the allegedly flawed surgery were connected.

“Whether there’s a link or not, the man hunt that he’s faced over the last 24 to 48 hours has been despicable,” Temime said on France-Info. Police officials said Delajoux alleged to have been tracked by paparazzi.

Hallyday had been on a multi-city tour in France called “Route 66,” a reference to his age and a homage to the American rock that has inspired his music. The tour is billed as his last.

Hallyday has had a series of health problems this year, and had a cancerous polyp removed from his colon. 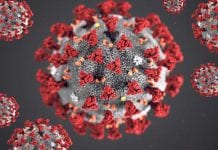 COVID-19 variant first identified in India found in 44 countries, resistant to antibodies: WHO 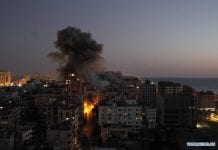 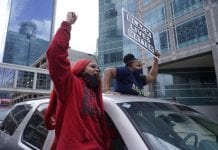