LOS ANGELES (AP) — Although prices for some Blu-ray players dropped below $100 this holiday season, customers are hesitating to jump into the next-generation video format. Even people who already own Blu-ray players are still buying movies on DVDs.

Now Hollywood — which is banking on the pricier Blu-ray discs to help lift sagging home video sales — is stepping up its efforts to win customers. Studios are packaging Blu-ray discs with regular versions on DVDs, and throwing in so-called “digital copies,” which can play on computers and iPods.

Over the past month or so, “Up,” ”Harry Potter and the Half-Blood Prince” and many other hit movies were released in such combo packs. Universal is releasing its “Bourne” movies on “flipper” discs with Blu-ray on one side and DVD on the other.

Such combos generally cost about $20 — sometimes 50 percent to 70 percent less than what it would cost to buy a Blu-ray disc and DVD separately.

Movie studios have been pushing Blu-ray for its crystal-clear sound and images, which can be enjoyed even without the best flat-panel TVs. Yet DVDs remain more convenient because players and computer drives that read DVD discs are ubiquitous. Two-thirds of the 92 million U.S. households that have a DVD player have more than one.

There are now Blu-ray players in nearly 12 million U.S. homes. But you still need to think hard about where you’d want to play a Blu-ray disc before you buy one.

The home video market is crucial for studios because that is where they recoup much of the cost of producing movies.

Yet the market has been sagging as people refrain from adding to their already well-stocked home collections and turn to rentals, which are far less profitable for Hollywood. U.S. home video revenue fell 3.2 percent to $4 billion in the third quarter, even though the number of home movie transactions rose 6.6 percent, according to The Digital Entertainment Group, an industry organization.

Because Blu-ray discs are generally priced $10 or more than DVDs, without costing much more to produce, they could boost profit margins in Hollywood.

Until now, the pace of adoption for Blu-ray has matched what DVD had when it pushed aside video cassettes more than a decade ago. But DVDs didn’t face as many competitors as Blu-ray has. Other delivery methods have emerged, including videos and movies over the Internet, sometimes sent straight to your TV.

Shoppers say utility and portability are sometimes more important than the picture and sound quality that Blu-ray enables. That’s why studios have resorted over the past year to including computer- and iPod-friendly digital copies in many movie packages.

“With all these gadgets, of course, it is a convenience to have a digital copy,” said Ross De La Cuesta, 63, holding his iPod and iPhone in the movie aisle at a Target store in Glendale, Calif.

De La Cuesta recently bought Disney/Pixar’s “Up” for $20 in a combo pack that included a Blu-ray, DVD, digital copy and a disc with special features about the movie. Eventually he’ll download the digital copy onto his phone so his 4-year-old granddaughter can watch it on long car rides.

Brett Bonowicz, a 25-year-old Los Angeles screenwriter, would give anything to have Blu-ray capabilities on his iMac computer, which has a 27-inch screen and sits in the living room. For now, he’ll have to settle for the digital copy that comes with many Blu-ray discs.

“If there is one with a digital copy and one without, I definitely always get the one with the digital copy,” he said.

According to Warner Bros., about 18 percent of buyers end up using the digital copy that comes with a Blu-ray.

Offering a digital copy costs studios just a little bit more per package in disc-printing and labeling costs. Yet it can have significant benefits for Hollywood.

Not only does it help keep people buying in the Blu-ray format rather than buying or renting DVDs, the combo pack also lets the studio collect contact information from people who choose to register online when they redeem a code that unlocks the digital copy. That information can be used for future sales campaigns, surveys and other forms of direct marketing.

By using digital copies and other methods of propping up Blu-ray sales, studios may just be getting consumers used to Blu-ray’s rivals. But those other formats could still help Hollywood. Studios have been working on technologies to let consumers buy a movie and then access it on any format or device. Disney has a system called “KeyChest”; other studios are behind a “Digital Entertainment Content Ecosystem.”

Those technologies could help end the confusion people face with all the options they have for getting movies and TV shows online and offline, through set-top boxes and DVD or Blu-ray players.

“The more we can do to provide clarity for consumers at an affordable price,” Vitelli said, “the better off we’re going to be.” 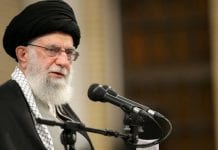 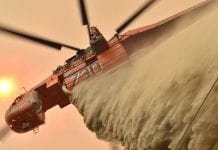 Poor air quality roofs the capital, even before the morning’s traffic...