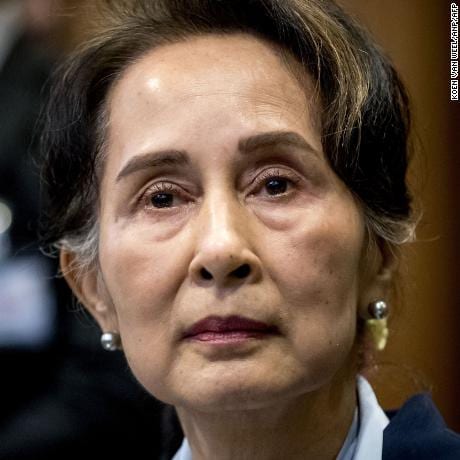 The spectacle of Aung San Suu Kyi, a once-persecuted Nobel peace laureate now defending her country against allegations of genocide over its treatment of the Rohingya minority, has been one of bewildering irony.

In the years after she was released from house arrest in 2010, princes, presidents and prime ministers welcomed Aung San Suu Kyi with open arms into their own opulent homes.

The feel-good factor of rubbing shoulders with someone who had dedicated much of her adult life to the pursuit of democracy was irresistible.

Then, the grandeur of the Peace Palace in The Hague – a marble-floored monument to global harmony – would have been comfortable surroundings for Myanmar’s Nobel Peace Prize winner. A native habitat, even.

But not now. There was no red carpet, welcoming committee or brass band….