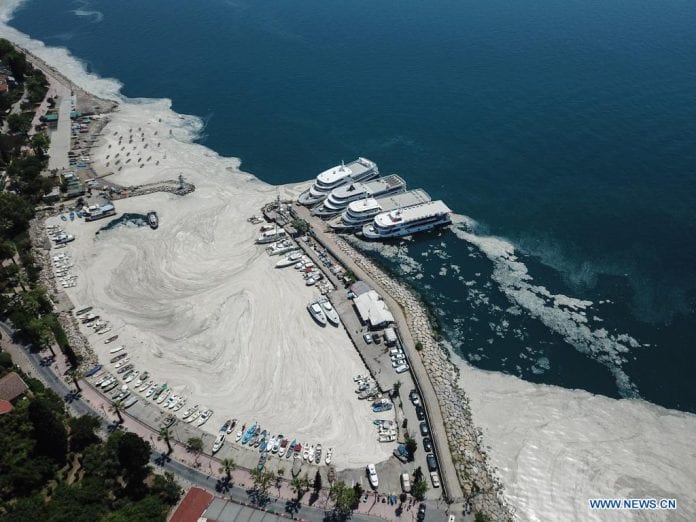 A thick jello-like layer of slime was seen in an area at Yalikoy Harbor in the Fatsa district of the northern province of Ordu, the Hurriyet daily said.

Acting upon the notification of the fishermen, the municipality teams cleaned the pollution on the sea surface, it added.

According to press reports, the sea snot, which has started from the country’s biggest city Istanbul, spread to several other provinces along the coast of the Marmara Sea and the northern Aegean Sea as well. The substance, which seriously threatens the environment and underwater life, now covered a large part of the Marmara Sea, forcing the government to take urgent action that will be launched on Tuesday in Istanbul.

Turkey’s Environment and Urban Planning Ministry sent a circular to the governorships and municipalities of seven provinces on the coast of the Marmara Sea regarding the launch of “Turkey’s largest sea cleaning campaign,” the state-run TRT broadcaster noted.

Scientists say that this phenomenon is not new, but it has become massive due to pollution, such as raw sewage running-offs from Istanbul and coastal cities to the sea.