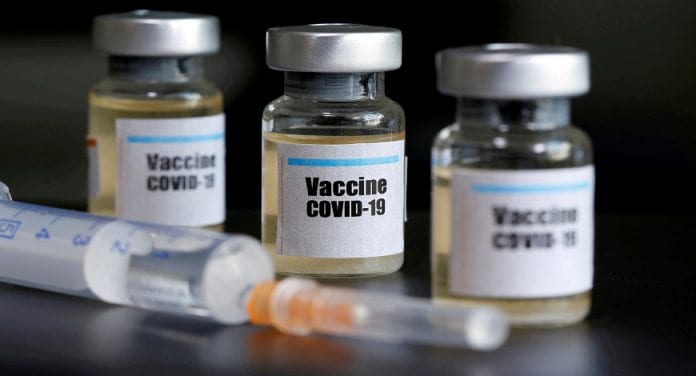 NEW YORK – They can move to front of the line for a Covid-19 vaccine if they want, but some US health care workers are skeptical about taking a vaccine that was developed in record time — even as the pandemic rages on.

Some want more time, despite assurances from experts that they trust the vaccine vetting process carried out by the US Food and Drug Administration.

“I think I would take the vaccine later on, but right now I am a little leery of it,” nurse Yolanda Dodson, 55, told AFP.

Dodson works at the Montefiore Hospital in New York City and spent the spring in the heart of the deadly fight against the virus.

Vaccine studies so far “look promising but I don’t think there is enough data yet,” Dodson said.

“We have to be grateful to those who are willing to subject themselves to take that risk” to participate in the studies, she said. “It is a very personal decision.”

Diana Torres is a nurse at a Manhattan hospital who saw several of her co-workers die of the novel coronavirus this spring.

She is particularly suspicious of vaccines rushed for approval under the Trump administration, which she says has handled the entire pandemic like “some sort of joke.”

“This is a vaccine that was developed in less than a year and approved under the same administration and government agencies that allowed the virus to spread like a wildfire,” Torres said.

“They didn’t have enough time and people to study the vaccine,” she said.

“This time around I will pass and watch how it unfolds.”

Data from clinical trials have shown that two vaccines — one developed by Pfizer and BioNtech, the other by Moderna and the US National Institutes of Health — are about 95 percent effective.

Normally the FDA requires six months of follow up, but if no adverse reactions appear in the first two months, it is rare to see anything in the next four — and the raging pandemic has altered the risk-benefit calculations.

There were 44,000 volunteers in the Pfizer trial, and 30,000 in Moderna’s, and the data was firewalled from the companies and analyzed by experts free from political pressure.

“They failed miserably with PPE (personal protective equipment) and testing and now they want you to be guinea pigs for the vaccine,” one friend wrote.

Such reservations are common among the 20 million health care workers in the United States — the country hardest hit by the pandemic with more than 272,000 deaths — said Marcus Plescia, chief medical examiner for the Association of State and Territorial Health Officials (ASTHO).

“There are a lot of people who feel we don’t have enough data yet,” he said.

And yet many of the same people are saying “‘I’m going to get this (vaccine), but I’m going to wait for a while.'”

This reticence “could end up being a really big problem,” Plescia said, especially since hospitals will likely be unable to compel their employees to take the shots.

There is a danger when too few people, including health care workers, get vaccinated, said New York Governor Andrew Cuomo.

“This is the whole anti-vax movement of people who are skeptical about vaccines. On top of that you have added skepticism about this,” he said Wednesday.

A late October-early November Gallup poll found that just 58 percent of Americans would take a Covid-19 vaccine if one became immediately available, up from 50 percent in September.

That reluctance has led to New York and six other states creating their own commission to evaluate the vaccines’ safety, Cuomo said.

“Not only are we a very important workforce, health care workers take care of people who are very vulnerable” — and medical professionals would hate to see them get sick.

New Jersey radiologist Mohamed Sfaxi, whose rural hospital has seen an influx of Covid patients in the last three weeks, is among those trying to convince his reluctant colleagues to get the vaccine.

“We have people who are wary, we have to talk to them and explain the data to them,” said Sfaxi, 57.

Many people he believes are worried about the new “messenger RNA” technology that Pfizer and Modern’s vaccines use, which hack into human cells and effectively turn them into vaccine-making factories via little strands of genetic info.

Sfaxi says some are also concerned that the vaccines were developed so quickly.

However the reason it went so quickly is simply “because science has made progress and the whole world was focused on it,” he said.

Disturbed by the images he sees every day of patients’ lungs damaged by the novel coronavirus, Sfaxi said he plans to get vaccinated as soon as possible, with “no hesitation.”

Then he will test himself for antibodies on a regular basis.

“That will allow me to see when I start to have an immune reaction … and to have a little less anxiety,” he said.