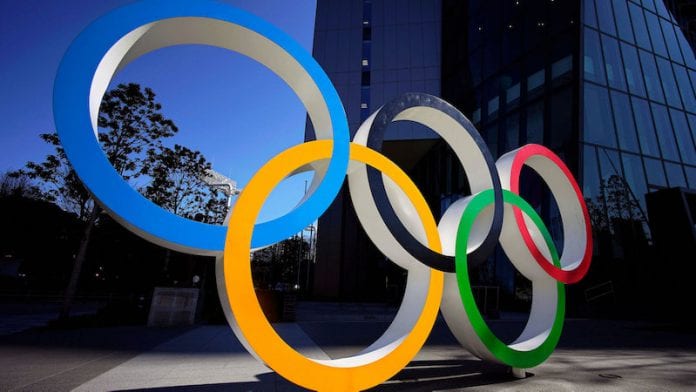 “The spectator limit for the Olympic Games will be set at 50 percent of venue capacity, up to a maximum of 10,000 people at all venues,” the statement read.

IOC President Thomas Bach said before the meeting that “the IOC will fully support your decision, and will fully contribute to making these games as safe and secure for the Japanese people and for all participants.”

The statement added that masks should be worn in venues at all times, speaking in a loud voice or shouting will be prohibited, congestion should be avoided by means of appropriate announcements, and visitors should leave venues in a staggered manner.

“Spectators will be requested to travel directly to venues and return home directly, and to take all necessary precautions when moving between prefectures,” it said.

The statement said that students in the schools’ spectator program and their supervisors will not be considered in these numbers, and will be treated separately as they are not spectators.

As of summer 2019, Tokyo had planned to have around 900,000 students from public and private schools attend the games, but many schools have decided to withdraw from the program that offers students the chance to watch events at nearby venues, Kyodo news agency reported.

Tokyo Olympic chief Seiko Hashimoto told reporters at a press conference that some 4.48 million tickets have been sold and 840,000 tickets refunded after the games was postponed. The cap means the total number of tickets will be reduced to 2.72 million, Tokyo 2020 CEO Toshiro Muto said, adding that ticket revenues are likely to be reduced by more than half from an earlier expected 90 billion yen (about 820 million US dollars).

Muto said spectators will not be asked to show a negative test proof for COVID-19 and students and Olympic stakeholders, both not considered spectators, will be managed separately to reduce the risk of infections.

He denied reports from Japanese news outlets that about 20,000 spectators will be allowed to watch the opening ceremony at the Olympic stadium with a capacity of 68,000.