COPENHAGEN (AP) — Climate negotiators pressed even harder Monday to reach a global pact to slash greenhouse gases, acknowledging that the key issues of emissions targets and financing for poor countries remained unresolved with only five days to go to reach a deal.

British Climate Change Secretary Ed Miliband said Monday that it’s up to him and his counterparts in Copenhagen to help bridge that gap and “not to leave everything” to the 100 world leaders including President Barack Obama who start arriving Wednesday.

“There are still difficult issues of process and substance that we have to overcome in the coming days,” Miliband said. “Can we get the emission cuts we need? We need higher ambition from others and we will be pushing for that.”

A draft agreement distributed last week to the 192-nation conference set no firm figures on financing or on cutting greenhouse gas emissions blamed for global warming.

So far, industrial nations’ pledges to cut emissions have amounted to far less than the minimum.

What negotiators and climate scientists do agree on is that global warming will lead to dramatic changes that mean more widespread drought, greater flooding along coastlines, stronger storms and the extinction of some species.

“What we cannot do is leave a whole slew of issues to the leaders,” Miliband said. “We need to get our act together and take action to resolve some of the outstanding issues.”

The draft continues the system for industrial countries set up in the 1997 Kyoto Protocol by which they are legally bound to targets for emission reductions and face penalties if they fall short.

It makes no similar requirements of developing countries like China and India, which have pledged to reduce the growth rate of emissions but reject the notion of turning those voluntary pledges into legal commitments.

China now is the world’s largest polluter, followed by the United States.

As talks continued Monday at the Bella Center, throngs of newly arrived delegates, journalists and climate activists jammed the security and accreditation lines, forcing police to shut down the subway stop at the cavernous conference hall.

Meanwhile, police were on the lookout for new protests in the city center, where more than 1,200 people were detained this weekend. Almost all of them were released after questioning. About a dozen were arraigned on preliminary charges of assaulting police officers or carrying box-cutters or other sharp objects.

There were sporadic reports of vandalism across the city overnight Monday.

Police spokesman Henrik Moeller Jakobsen said 12 cars had been set on fire including three vehicles belonging to Danish power company Dong Energy. Vandals also smashed windows and threw red paint at the headquarters of the Danish Immigration Service. It was not immediately clear whether those attacks were related to the climate conference.

On Sunday, closed-door consultations focused on about a half-dozen plans on financing for poor countries to deal with climate change. One joint proposal by Mexico and Norway calls for a “Green Fund” for climate financing, starting with $10 billion a year in 2013, and increasing to $30 billion to $40 billion a year by 2020

Separately, a proposal aimed at saving the world’s tropical forests suffered a setback Sunday, when negotiators ditched plans for faster action on the problem because of concerns that rich countries aren’t willing to finance the plan. A deal on deforestation — a sizable global warming factor — is considered a key component of the larger pact. 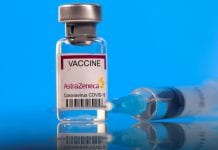 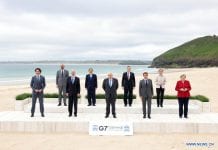 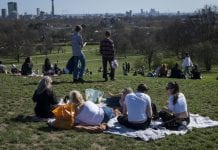