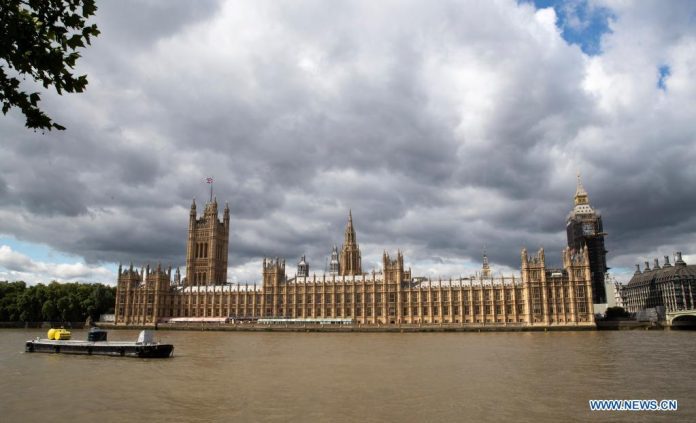 (Xinhua) — British lawmakers on Wednesday criticized Prime Minister Boris Johnson’s handling of the situation in Afghanistan amid the Taliban takeover of the country.

Speaking at an emergency session of parliament, Johnson told the MPs the collapse of Afghanistan’s government happened faster than expected, but denied his government “was unprepared or did not foresee this.”

The parliament debate, recalled from its summer recess to discuss the rapidly evolving situation in Afghanistan, came as thousands of British nationals and local support staff are still left stranded in Afghanistan while scenes of chaotic evacuation in Kabul’s airport shocked the world.

“There’s been a major miscalculation of the resilience of the Afghan forces and staggering complacency from our government about the Taliban,” said Keir Starmer, leader of the main opposition Labour party.

Starmer referred to the fact that the United States decided in February 2020 to withdraw its forces in Afghanistan, which afforded Britain 18 months to prepare for what would follow.

“The very problems we are confronting today in this debate were all known problems… and there has been a failure of preparation,” he said.

“The lack of planning is unforgivable. The prime minister bears a heavy responsibility,” he added.

Theresa May, the former prime minister, was also critical of his successor’s handling of the Afghan situation.

“Was our understanding of the Afghan government so weak? Was our knowledge of the position on the ground so inadequate?” May asked. “Or did we just feel that we have to follow the United States and hope that, on a wing and a prayer, it would be all right on the night?”

Tom Tugendhat, a Conservative MP and chairman of parliament’s foreign affairs committee who himself served in Afghanistan, said he, like other veterans, felt “anger, grief, and rage”.

“To see (Biden) call into question the courage of men I fought with, to claim that they ran, is shameful,” he said.

The British government’s resettlement plan for Afghan refugees, announced hours before Wednesday’s parliament session, was also called into question during Wednesday’s debate as lawmakers said the plan was far from enough to deal with the crisis.

According to the “bespoke” resettlement plan, Britain will take in up to 20,000 Afghans “in the long-term,” with up to 5,000 being in the first year.