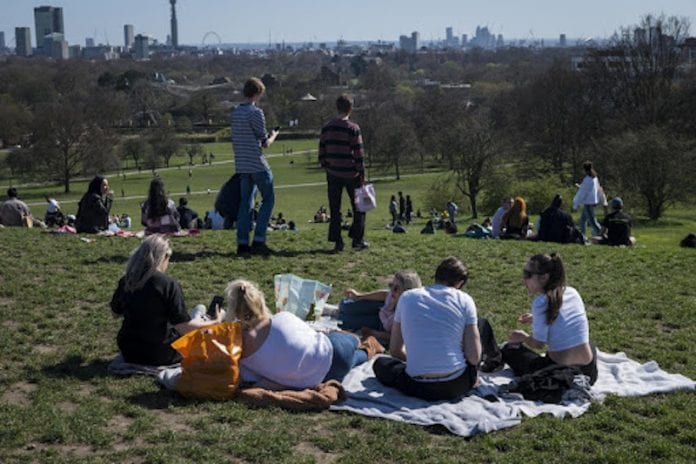 Britons should “holiday at home” this year and not travel abroad unless absolutely necessary due to risks of the COVID-19 pandemic, British Environment Secretary George Eustice said Tuesday.

People must be aware of the “risks” in travelling outside of Britain at present, Eustice told Sky News.

“I will be staying at home. I have no intention of travelling or going on a holiday abroad this summer,” he said.

“Some people may, but they have to understand that there are obviously risks in doing so because it is a dynamic situation…My advice to people would be holiday at home,” he added.

Official government guidance states that ministers “continue to advise against all non-essential travel to some countries and territories”.

“The COVID-19 pandemic continues to affect international travel,” it said.

From May 17, pubs, bars and restaurants in England were permitted to open indoors, while indoor entertainment resumed, including cinemas, museums and children’s play areas.

People were also allowed to travel abroad to a number of “green list” countries without having to quarantine upon return as the ban on foreign travel has also been lifted.

The British government is facing increasing pressure to delay the final step of unlocking restrictions in England on June 21 due to concerns over the spread of the Delta variant first identified in India. It is understood that a final decision on the planned easing of lockdown will not be made until June 14.

Public Health England (PHE) has said that the Delta variant is now the “dominant” strain in Britain. Experts have warned that coronavirus may continue to evolve for years to come, and eventually it is likely current vaccines will fail to protect against transmission, infection, or even against disease caused by newer variants.