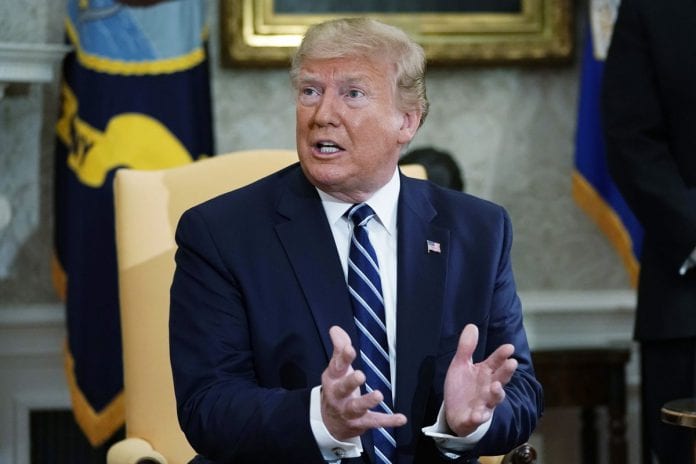 President Donald Trump on Sunday warned Iran that the US will hit the Islamic Republic harder than ever before if Tehran retaliates to the killing of top military commander Qasem Soleimani in an American air strike in Baghdad.

WASHINGTON: President Donald Trump on Sunday warned Iran that the US will hit the Islamic Republic harder than ever before if Tehran retaliates to the killing of top military commander Qasem Soleimani in an American air strike in Baghdad.

Maj Gen Soleimani, 62, the head of Iran’s elite al-Quds force and architect of its regional security apparatus, was killed when a US drone fired missiles into a convoy that was leaving the Baghdad International Airport early on Friday. The strike also killed the deputy chief of Iraq’s powerful Hashed al-Shaabi paramilitary force.

Soleimani’s killing was the most dramatic escalation yet in spiralling tensions between Iran and the US.

“They (Iran) attacked us, & we hit back. If they attack again, which I would strongly advise them not to do, we will hit them harder than they have ever been hit before!” Trump said in a past-mid night tweet amidst remarks of retaliation coming from Tehran.”

The US just spent Two Trillion Dollars on Military Equipment. We are the biggest and by far the BEST in the World! If Iran attacks an American Base, or any American, we will be sending some of that brand new beautiful equipment their way…and without hesitation!” Trump said in another tweet.

This was Trump’s second threat to Iran in less than 10 hours. On Saturday night, Trump warned that the US will target 52 sites in Iran some of which are “at a very high level and important to Iran if the Islamic republic attacks American personnel or assets.

“Iran is talking very boldly about targeting certain USA assets as revenge for our ridding the world of their terrorist leader who had just killed an American, & badly wounded many others, not to mention all of the people he had killed over his lifetime, including recently hundreds of Iran,” Trump tweeted.

“He was already attacking our Embassy, and preparing for additional hits in other locations. Iran has been nothing but problems for many years,” he said.

“Let this serve as a WARNING that if Iran strikes any Americans, or American assets, we have. targeted 52 Iranian sites (representing the 52 American hostages taken by Iran many years ago), some at a very high level & important to Iran & the Iranian culture, and those targets, and Iran itself, WILL BE HIT VERY FAST AND VERY HARD. The USA wants no more threats!” Trump said. 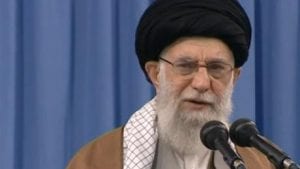 Soleimani was widely seen as the second most powerful figure in Iran behind the Supreme Leader Ayatollah Ali Khamenei. His Quds Force, an elite unit of the Iranian Revolutionary Guards, reported directly to the Ayatollah and he was hailed as a heroic national figure.

Ayatollah Khamenei has vowed a revenge against the killing of his general, saying “severe revenge awaits the criminals” behind the attack.